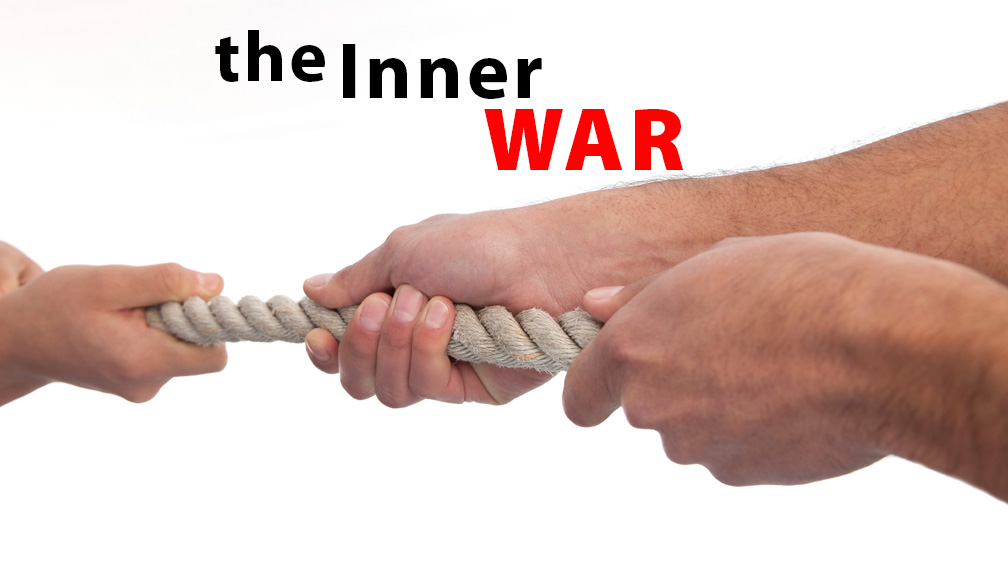 There’s a war going on inside. It’s a conflict between the ego and truth. It’s a strange war because only the ego is fighting it.

It’s fighting for its life.

The Kingdom Lives in Peace … Sort Of

Until we have our first awakening experience, we’re not aware of this war. The ego is firmly enthroned. It’s the absolute ruler of its domain. It sees very few real threats to its dominance. It doesn’t mean this is a peaceful kingdom. There are constant small threats. But for each insult and attack, the ego re-builds itself. These attacks are all external. They’re outside the walls of the ego’s castle. The ego can handle this. It may not be a happy kingdom but the ego remains the ruler of it. And that’s all the ego really wants.

The First Volley is Fired

But then one day something happens. A great and sudden feeling of freedom arises seemingly out of nowhere. It doesn’t come from outside. It comes from right inside these castle walls. And, for a moment, it completely sweeps the ego right off its throne.

Like any powerful ruler, the ego is upset. Clearly it’s been attacked by a formidable enemy. Difficult as the challenges from outside the castle walls have been, this new attack is totally disorienting. And what’s even worse, it feels incredibly good. Where the external attacks always left the ego feeling small, weak and vulnerable, this new attack feels wonderful, overflowing with freedom, peace, love and bliss. It’s a completely different type of threat and the ego doesn’t know what to do with it. When this new attack comes, the great freedom that is felt is freedom from the ego itself.

How can a king rule its kingdom if the king isn’t even here?

Awareness of the Inner War Begins

After our first taste of this great freedom, we become aware of this inner struggle between the ego, which we had always experienced as ourself, and something else. We don’t know what this something else is. We only know it’s accompanied by a great and profound feeling of freedom, peace, unconditional love and total well-being. We don’t know where this comes from or how or why it happens. But it is here. We experience it. This cannot be denied. Except the ego does deny it.

It tries to explain it and understand it in limited dualistic terms that limit and distort the life right out of it.

And, although it sometimes seems to seek it (spiritual ego), it sabotages this freedom at every turn.

The Ego Releases Its Big Guns

As these experiences of freedom become more frequent, the ego brings out its big guns.

There is the big gun of pride. “I’m special. I’m waking up. I’m becoming enlightened.”

There is the big gun of doubt. “I can’t do it. I’m not good enough. I’ll never wake up.” And the always popular favorite: “Maybe I’m going crazy.” Doubt is just the flip side of pride. They work well with each other, frequently changing places at a moment’s notice.

And there’s the biggest gun in the ego’s whole arsenal: fear. When the ego is most threatened by truth, it always relies on this big gun. Fear says, “Back off. To go any further is dangerous. If you continue, terrible things will happen to you. If you continue, you will die.” The fear of death is a wonderful threat. How are you going to wake up if you’re dead?

Fear is very effective. It’s often fear that stops the Seeker from waking up, at least for awhile.

The ego has an inside track on fear, an unfair advantage. It knows exactly what you’re most afraid of. It knows every thought and fear you have, because it’s you – kind of. The ego is like a very small and extremely limited, abstracted, thought-based version of you. Like Mini-Me in the Austin Powers movies. But a lot less real. 🙂

Since it’s not really you, only pretending, and it’s gotten away with it for so long, you can begin to see why it’s so afraid of truth. And truth is what you’re beginning to experience.

That’s good for you.

But not so good for the ego.

How Fear Backfires for the Ego

Although fear can stop you from progressing deeper into Truth for awhile, unless you’re very courageous and determined, in the long run it doesn’t work. The sheer unpleasantness of these barrages of fear cause you to take a closer look at the ego. And because of these fear tactics, you don’t like what you see. The contrast between the fear, despair and general suffering of the ego and the wonderful freedom, peace, love and well-being you experience as your True Self motivate you to spend increasingly more time in this great space of freedom from the ego. It just feels so much better. And this contrast only makes it all the more obvious. So the ego’s attempt to prevent you from waking up actually motivates you to wake up even sooner.

And one of those thoughts is the ego itself.

Truth Wins the War without Firing a Single Shot

You may notice that only the ego was fighting this war. Truth never fired a single shot. It never needed to. When we begin paying attention, truth is simply truth. It doesn’t need to prove itself, as the ego does. No matter what happens, truth simply remains what it is.

When we realize that all thoughts are simply thoughts, not reality, not truth, they lose power over us. Fear, the biggest gun in the ego’s entire arsenal, no longer has any power over us at all. It’s just another thought.

In this way, the inner war comes to an end. The ego takes its rightful place, not as the ruler, but as a servant, a servant of truth.

There is a lot of confusion and misunderstanding about Samadhi. This is natural as it cannot be translated into words, but in this video, I do my best to describe my experience of Samadhi. Hopefully, … END_OF_DOCUMENT_TOKEN_TO_BE_REPLACED