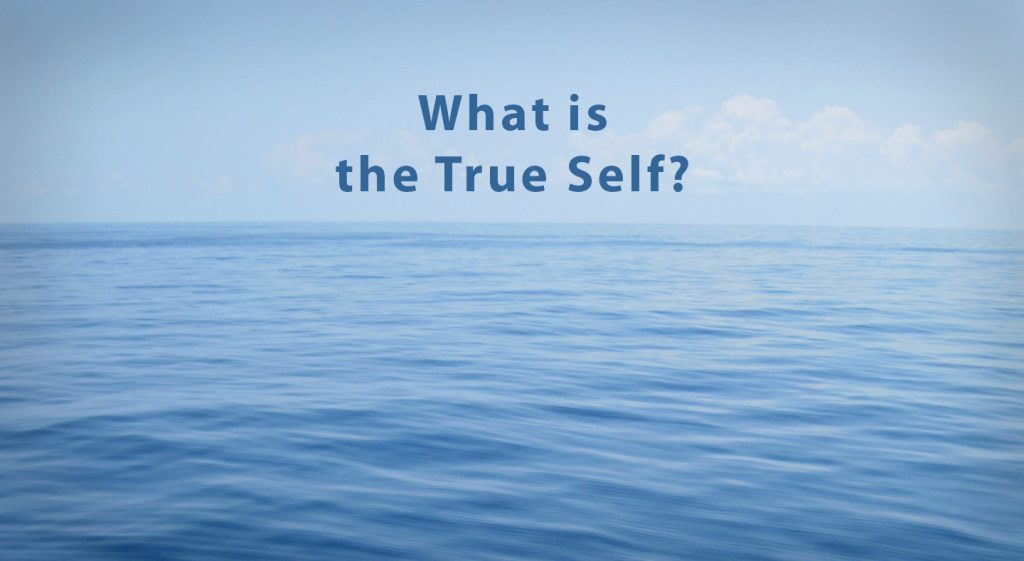 Imagine a vast infinite ocean. It shouldn’t be hard. You can use this image if you like. But imagine this ocean has no borders at all. It is limitless, infinite.

Now imagine that water molecules from the ocean rise up into the sky, become clouds and then turn to rain and return again to the vast infinite ocean. Now imagine that you have frozen these drops of ocean in their movement, like you would freeze frame a movie scene on your computer. Each of these droplets appear to be different. And each appear, when frozen like this, to be separate from the ocean from which they came and which they are in the process of returning.

Awakening happens when you let go of this artificial freeze frame and all the droplets suddenly return to the ocean which they have really never been apart from the whole time. The ocean is the True Self. When you realize yourself as the True Self, as the vast infinite ocean, you can now see these droplets more clearly. They have never been frozen in time as you imagined. They are continuously changing in every moment. And they have never been separate from the ocean.

Imagine all appearances, mountain, rivers, people, planets, galaxies, the entire cosmos to be droplets of water, arising from and returning to this vast ocean and never for a single moment ever possibly being separate from it. This is the True Self. Everything appears in it. Everything arises from it. Everything returns to it. And nothing has ever not been it.

The appearances are real in many respects. They arise from the vast ocean and return to it. But they have never been separate from it, no matter how it appears. This is the realization we awaken to. This is the reality we awaken to. We see both the appearance and the True Self at the same time. We recognize ourself as both a limited mind / body and as the vast infinite True Self at the same time. Both are true. One is true temporarily and in a very limited and impermanent way. The other is always true and in an unlimited, permanent way.

It is natural after awakening that our attention remains mostly on what is always true, unlimited and unchanging. This gives us both a greater love and appreciation (on many levels including the unlimited unchanging one) of the temporary appearances along with a lack of attachment and resistance to them. This is why suffering ends with awakening.

I hope this gives a clearer picture of what the True Self is pointing to. It cannot truly be understood with the mind. It must be experienced directly. Because it is always here, always true and is the fundamental basis of all life, the direct experience of this is never far from you. Simply stop the freeze frame, the reification of thoughts and beliefs, and let go. Falling back into this vast infinite ocean is wonderful. Dissolving back into it even more so. What dissolves has never actually existed. It was only a dream. Only an imagined freeze frame of the movie of life. When the dream dissolves, all that remains is Truth, all that remains is the True Self. And that has always been here.

The Sedona Zendo of the Awakened Heart is located at 120 Birch Blvd., Sedona, Arizona 86336. Birch Blvd. is in West Sedona across Route 89A from the Whole Foods shopping center. There is a car wash … END_OF_DOCUMENT_TOKEN_TO_BE_REPLACED