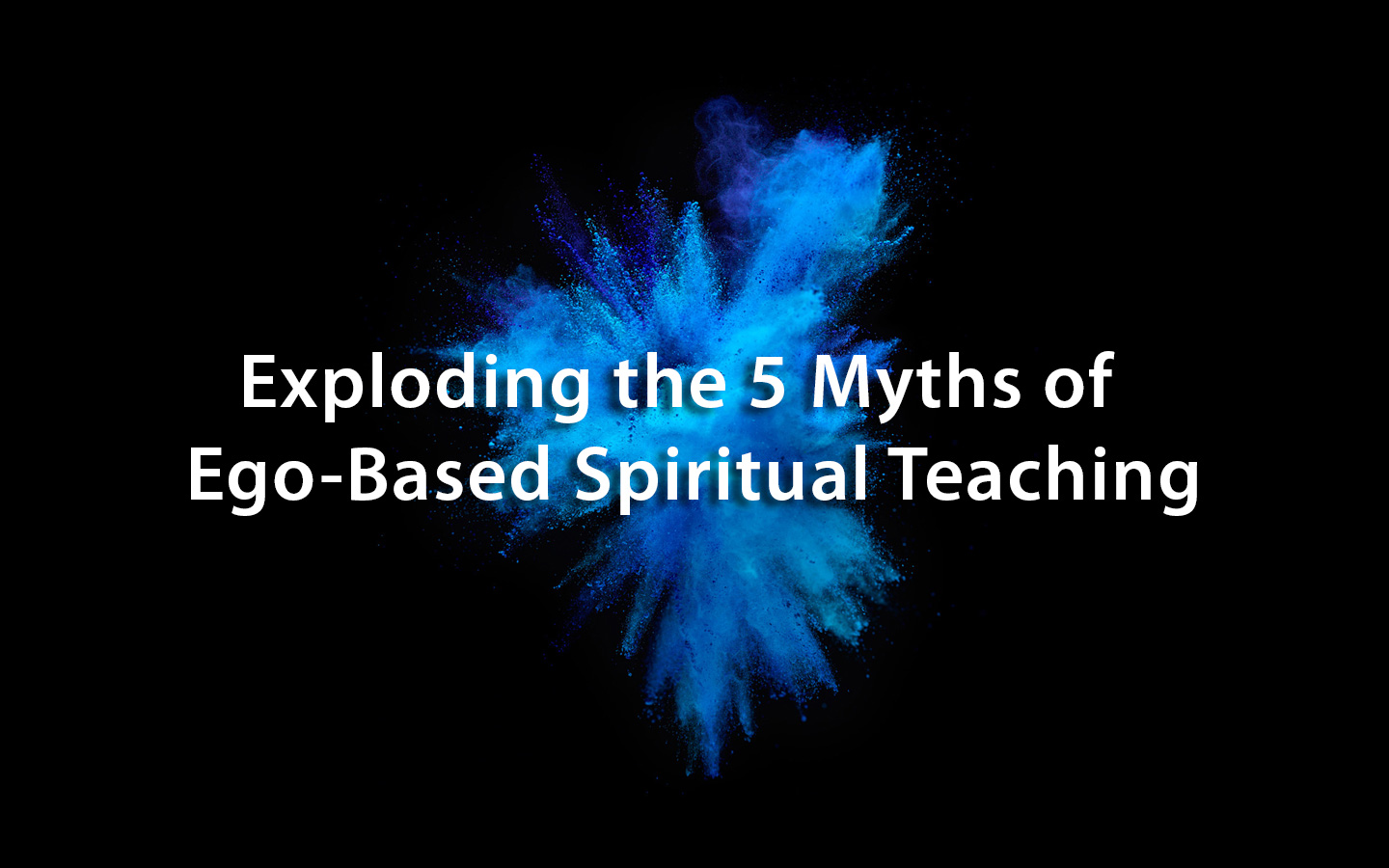 David Hoffmeister, a popular teacher of A Course In Miracles, was speaking at an event. A member of the audience asked, “You’ve been speaking for two hours and you haven’t said a single positive thing about the ego. What can you say positive about the ego?” David turned to him and said simply, “The ego wants you dead.”

I’m pretty sure that’s not the answer he was looking for. But that’s the question most of us have. We want something to support and reinforce our ego, our sense of self-identity. Our entire life is based on this. So when we enter a spiritual practice, we’re actually looking for the same thing. Only now we want an enlightened self-identity. And, unlike David Hoffmeister, there are many spiritual teachers who will promise us exactly what we want.

I’ve been feeling very grateful lately for my many years in Zen practice. Zen is a very simple and incredibly focused spiritual practice. Its ONLY focus is enlightenment. And this focus evidently pays off. Over the centuries there have been many enlightened Zen masters.

Kensho or Satori are names for powerful spiritual experiences that break through our normal conditioned consciousness. When we experience these amazing breakthroughs we feel that we’re finally enlightened. The first thing we want to do is tell our teacher and have him realize how enlightened we are now. We rush into his room. And what does he say? “Let it go. Go back and sit some more.” There is absolutely no support for the ego anywhere in Zen at any time. Zen is a practice of enlightenment. And enlightenment means freedom from attachment to the ego.

The 5 Myths of Ego-Based Spiritual Teaching

I will do my best to share these 5 popular myths encountered in much of today’s spiritual teaching hopefully in a way you can understand.

Awakening is freedom from this myth of a separate self, not catering to it.

Doing Without A Doer

You may have heard the phrase, “doing without a doer.” Things are done but there is no separate doer doing them. In this way life and doings flow effortlessly and perfectly. This is the awakened way. You may have experienced a book, poem or painting flowing through you effortlessly with no experience of a separate you doing it. In fact it’s very clear the separate you could not possibly create anything this beautiful. You might have experienced this in sports where suddenly everything flows perfectly and you observe the body doing things it’s never done before. It may sound strange, but anything done by the personal self is done far better without it. That is living awake. It’s not logical. The ego consciousness doesn’t get it. But it’s very real and can be directly experience in our life.

Myth 2 – You need balance and integration.

When you hear spiritual teachers talk about “balance” and “integration” these are code words for “I’m still attached to my separate self-identity and I’m afraid to let it go.” As the teachers themselves are not awake, they’re not aware of this either. These teachings are very attractive to those who are also still attached to their separate self-identity. As this includes most of humanity, these teachers and teachings can attract a large audience. It sounds logical and makes perfect sense to ego consciousness. That your separate self-identity, “you”, don’t even exist makes no logical sense at all. Such is the challenge of true spiritual teaching.

Generally such teachers had some powerful spiritual experience and were frightened by it. Once briefly seeing it was possible to live without the separate self-identity, they became frightened of losing it, so they attached to it even more strongly than before. And this fear became part of their teaching. It doesn’t come from awakened consciousness. It comes from fear and attachment. They also teach the importance of being “more fully human”, which again is code for “I’m afraid of losing my separate self-identity.” And of course the ego consciousness loves this because it protects it from the danger of waking up, even though this is, on the surface, what it appears to be asking for.

Myth 3 – If you remain in a state free of separate self-identity, you’re not fully human.

Yet an awakened being free of separate self-identity is far more fully alive, far more open to all of life without resistance or attachment. Such a being lives in a continuous state of profound peace, unconditional love and complete contentment independent of circumstances. To me, that is fully human. Living in an illusion of separation and suffering is not human, even though it’s so common in humans. It’s illusion.

Myth 4 – You can’t live or function without a separate self-identity.

If you’ve ever met or seen anyone who is awake, like Mooji for instance, you’ve seen someone living and functioning perfectly well completely free of a separate self-identity. These un-awakened teachers claim that without a separate self-identity you would be “living in a trance”, “unable to function”, “be a robot”, etc. There are plenty of YouTube videos of Mooji. Take a look. See for yourself.

I live in this freedom. I don’t think any of my students or friends would say I’m living in a trance, unable to function or a robot. It’s another myth created by the ego to scare you away from waking up.

Myth 5 – You can embody the divine.

An awakened spiritual teacher once told me, “To say I am God is the most humble thing any human can say because when you say this there can be no you.” Embodying the divine means there is no you. As soon as your separate self-identity is gone, everything is fully here. And that is the divine. You embody the divine by getting out of the way.

What you are is infinite and eternal. It is far too much to create an identity out of. It is free of identity, free of attachment and resistance, free of concepts and suffering. That’s what being awake is.

When we live awake our purpose and function in life becomes very simple, focused and obvious.

Not everyone or even most humans are ready to realize their true pure awakened nature. Attachment to illusion is still too strong. In those cases a simple smile and silence may be teaching enough. That is skillful means, the appropriate action arising spontaneously in the moment to offer the highest possible benefit. Freedom from a separate self-identity makes this possible. It allows the infinite to move through the body / mind without the obstruction of concepts and separate self-identity.

The Sedona Zendo of the Awakened Heart is located at 120 Birch Blvd., Sedona, Arizona 86336. Birch Blvd. is in West Sedona across Route 89A from the Whole Foods shopping center. There is a car wash … END_OF_DOCUMENT_TOKEN_TO_BE_REPLACED